Awesome players, are you online playing on our Skyblock? Surviving like the best?

Nice, that's what we like to hear. Here are some personal challenges that when you complete them, that Vloop and mrfloris will reward you for. What kind of rewards? You will have to find out

And we might be constantly changing them. But I promise you they will be some fun things!

- Start a team of at least one player (that are not your alt account(s))
Note: We want to see a team, not just 'hey join me quick for this reward'
Reward: 16 mineable blocks from either the end or the nether.
Reward: 25,000 for you, and every team member.
Reward: Eligible for beacon reward end of September 2019
Reward: A special custom head for your island (team owner head) 2/7

- Build a double cobblestone generator, show us you got iron ore from it!
Note: Yep, iron ore in both spots!
Reward: 8 blocks of sand, and iron chestplate with blast protection 4
Reward: $20,000
Reward: 2 spawn eggs of any friendly mob type of your choice.
Reward: A special custom head for your island (mini diamond head) 3/7

- Create an automated cactus farm.
Note: Two cacti or more, automatically collected into a chest without player interaction.
Reward: an enderchest
Reward: $20,000
Reward: 8 blocks of one type, of your choice from a biome (a block, not an ore, entity, or an item)
Reward: A special custom head for your island (mini cactus head) 4/7

- Create both an angry mob grinder, and a friendly mob grinder, that works.
Note: Angry: This can be a platform where they spawn and you can safely grind them. Or a typical tower grinder.
Note: Friendly: This can be a platform, but the mobs have to be safe.
Reward: 500 /points (and if your island is a team, 500 for each team member)
Reward: Eligible for spawner reward end of September 2019
Reward: A special custom head for your island (angry mob head) 5/7

- MVP CHALLENGE
- Complete all the above six challenges for a bonus reward, before October 1st, 2019.
Reward: 500,000$
Reward: +1000 /points
Reward: +60 XP levels
Reward: +20,000 /jobs points
Reward: Temporary fly in /skyblock world, for up to an hour.
Reward: 4x enchantment book of Mending
Reward: A youtube video of the progress of your island, and you will get a shoutout.
Reward: A special custom head for your island (mvp challenge reward head) 7/7

Small explanation: This is live now, you can go to skyblock, right now and start ..
More information about how to play Skyblock and what it is:
https://omgboards.com/threads/1mb-skyblock-information.261663/
These challenges are for August/September, and expire October 1st.
New set of challenges (or at least an update to the date) starts early October (insider tip; collect all th heads!)

And don't forget, post a screenshot or a video in this thread, and we will come check it out in-game and probably reward you with something fun.

Reward: 8 blocks of sand, and iron chestplate with blast protection 4
Reward: $20,000
Reward: 2 spawn eggs of any friendly mob type of your choice.
Reward: A special custom head for your island (mini diamond head) 3/7 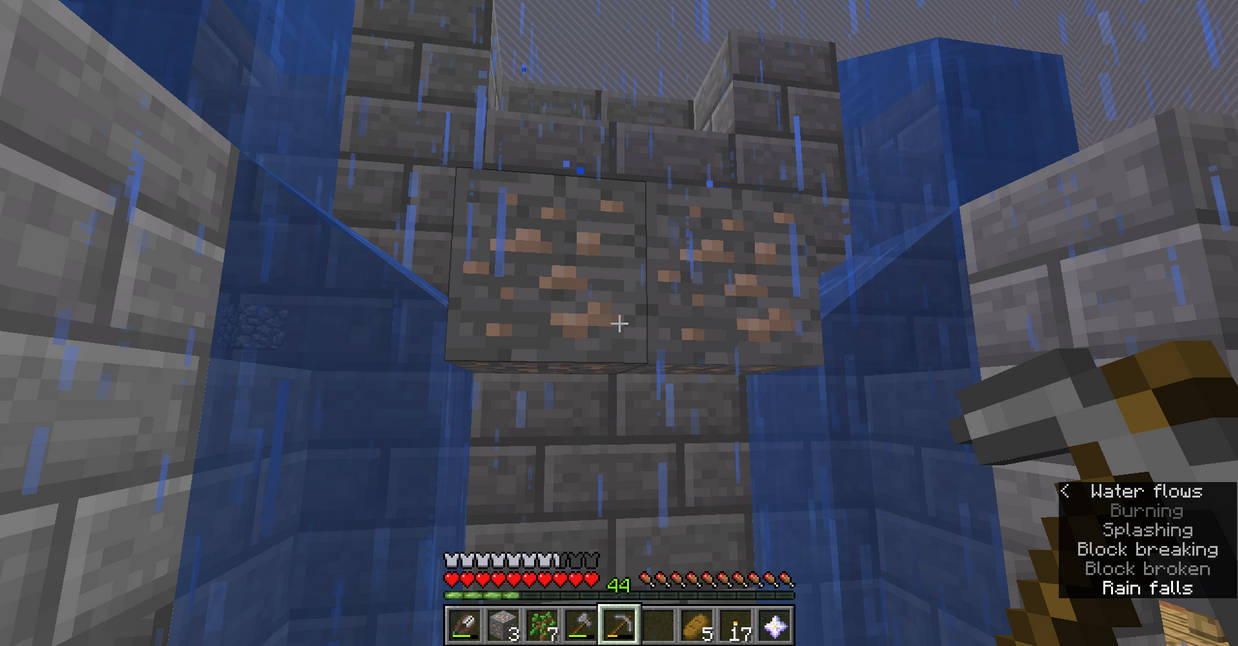 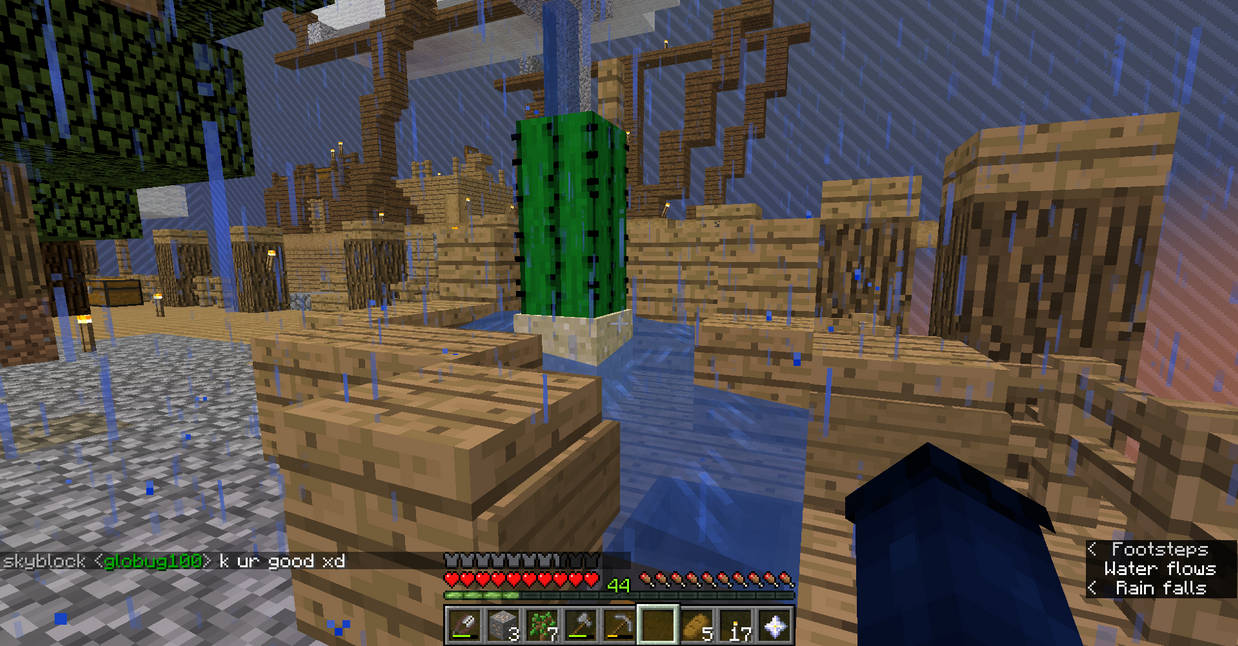 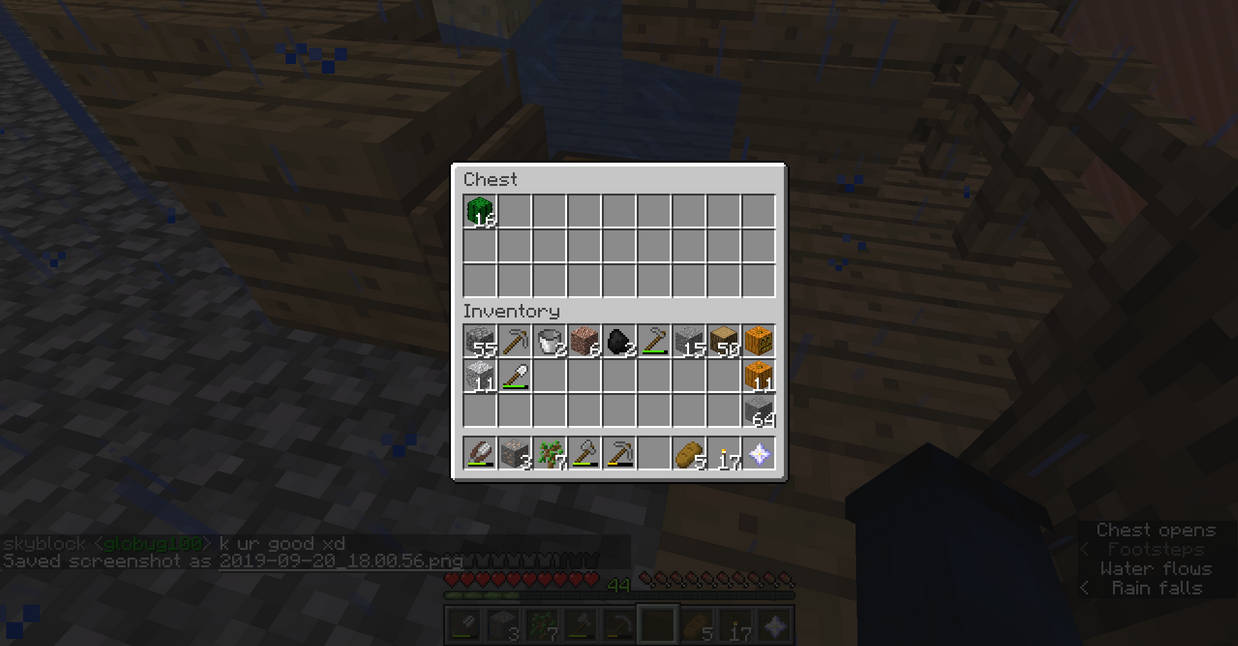 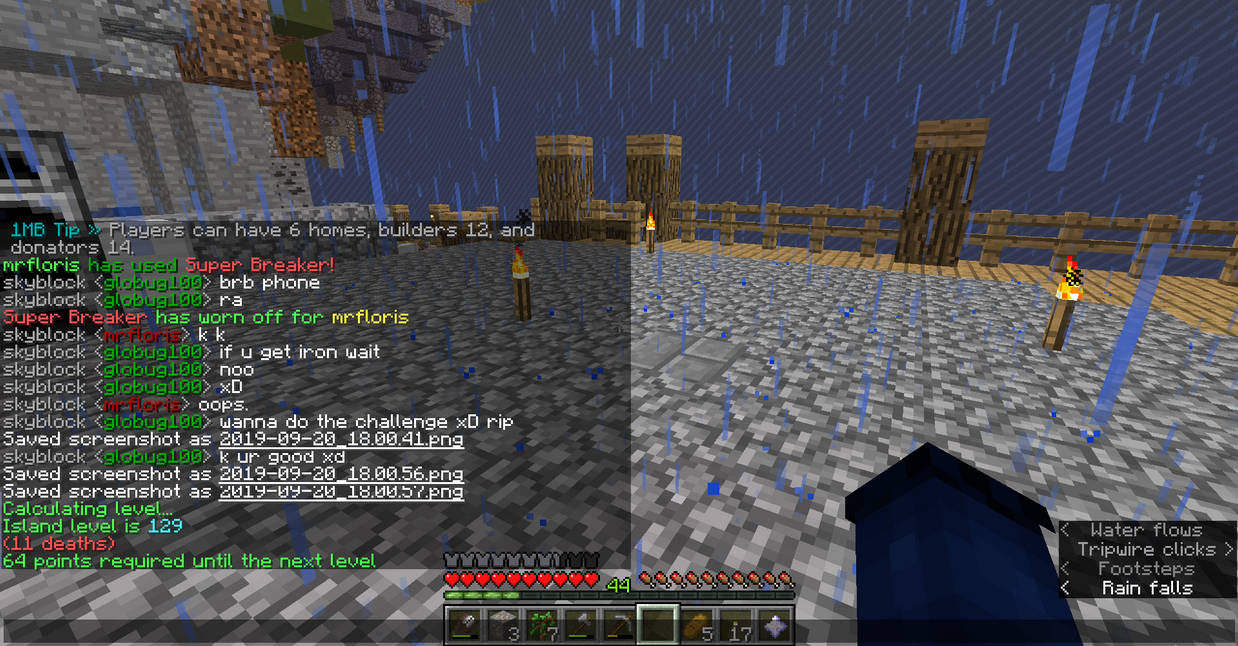 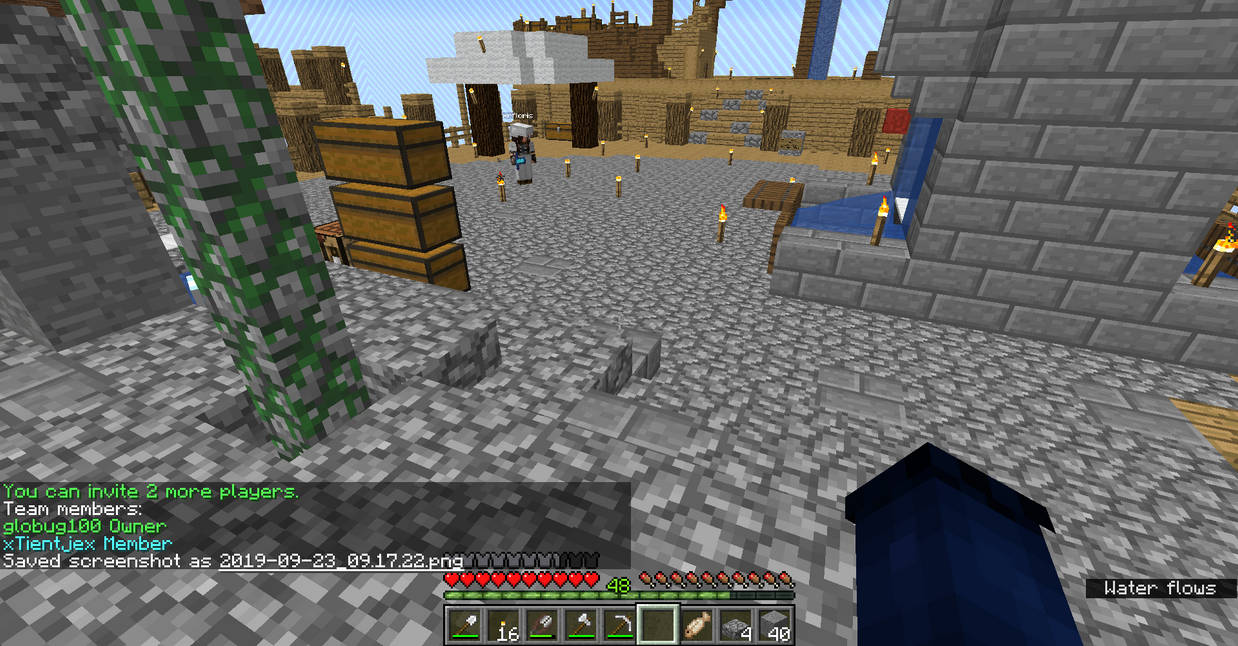 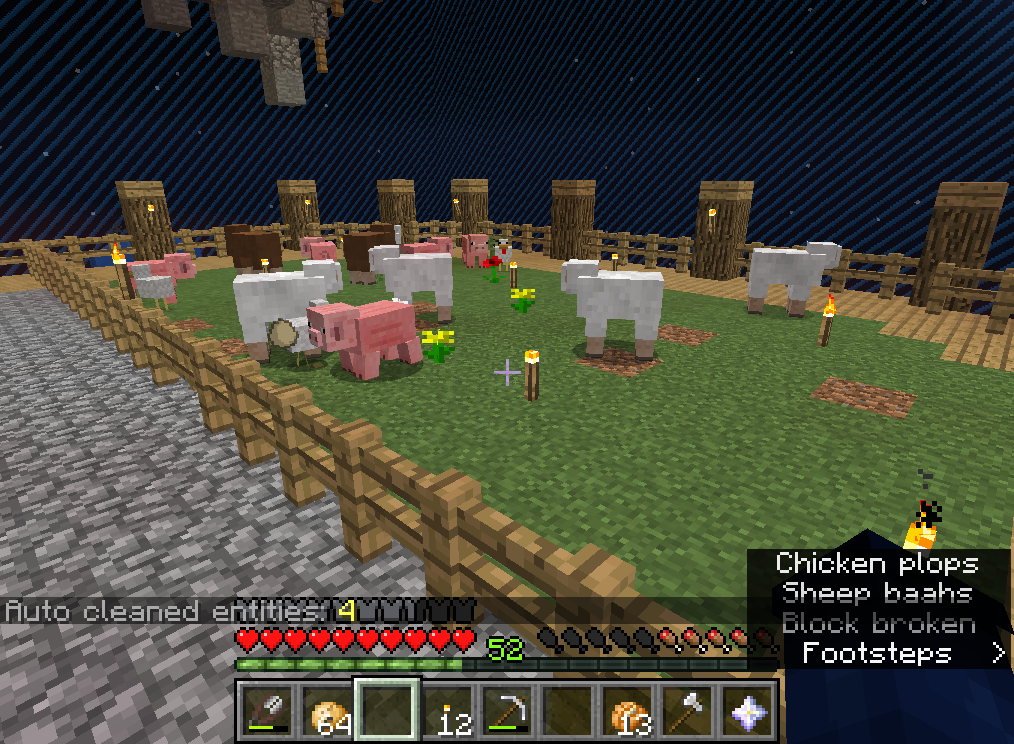 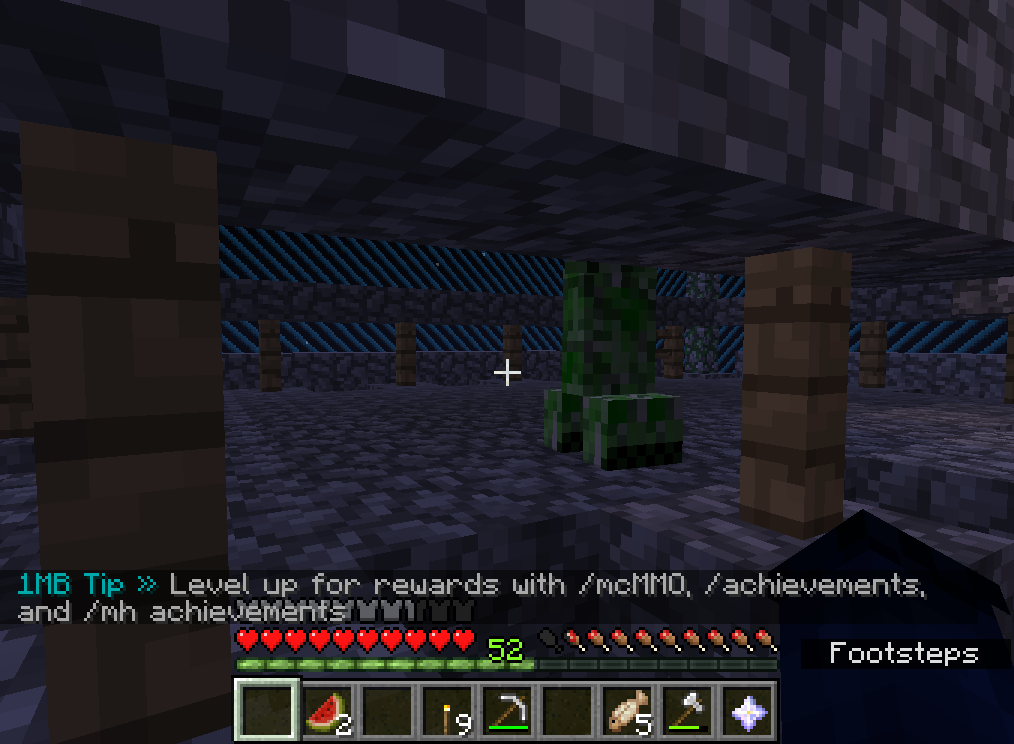 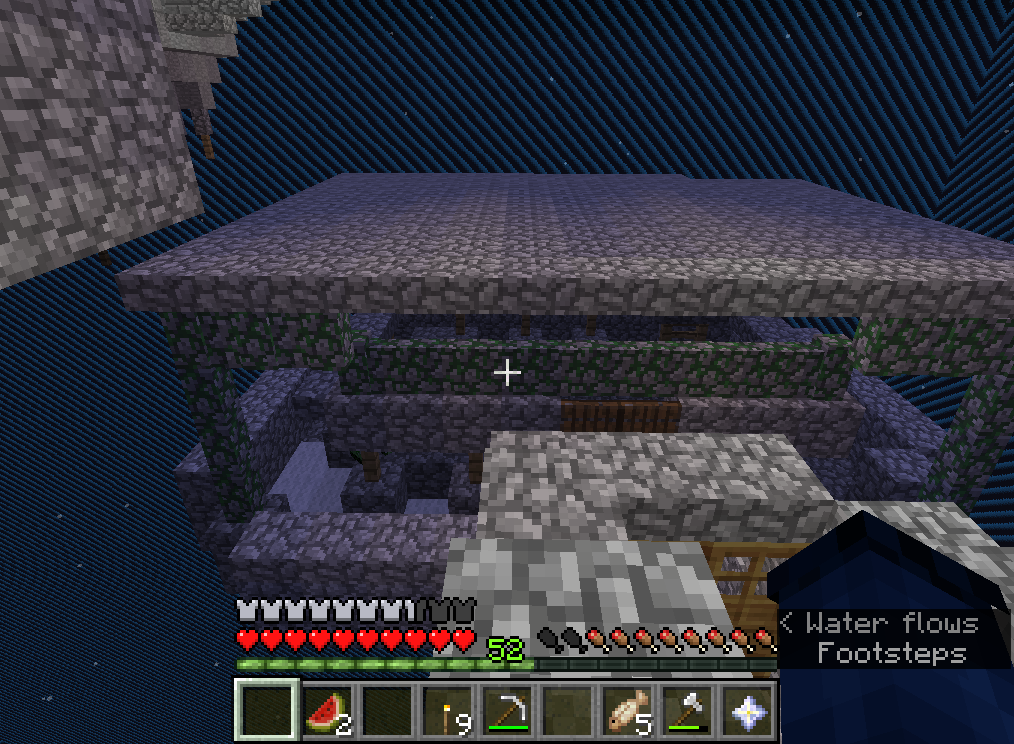 Aaaaand having a teammate!

Box 1 is ready, and has been paid out to Globug100 and Tidala

Box 2 is ready, and is ready for pickup. Contact me in-game

Box 2 has been delivered to globug and tidal.

Globug exchanged the vouchers for 2x horse spawn eggs, and from the 8 blocks, she picked coral, myclium, and sea lanterns.
Boxes 3,4,and 5 delivered to globug, not yet tidal.

One of the rewards is a video of your island. Here's the one for Globug100's island, players can get there by typing: /skyblock warp globug100.

Reward box 5 and 6 have been given to citebafla

Box 7 hopefully some time this weekend.

Box 7 is ready, and paid out to tidala.